Thoughts On The Humble Olive

Three of the best years of my life were spent in the Southern Italian city of Naples. I was still in the Navy and was lucky to get a NATO assignment there. During those three years I toured a lot of Italy and Southern Europe, and learned to love Southern Italian culture.

Learning the foods was a huge part of the culture. Among these foods was learning to love olives. I’d never really cared much for olives before moving to Italy. But that changed. I also learned how olives were prepared, a bit of trivia that has stayed with me.

So recently I had the chance to answer another Quora question; “What food has made you wonder, ‘How did our ancestors discover that this was edible?” I had a little fun with the answer, but it was a sincere answer.

Think about it. First, the only way to harvest ripe olives is to wait for them to fall off the tree, then pick them up off the ground.

Then: raw olives are poisonous. Sure, you can squeeze the oil out of them. But who would think a frigging bit of poisonous fruit would contain wholesome oils?

This is salt water, not fresh water. Fresh water will not leach out the toxins and causes the fruits to rot. Which is why an olive tastes salty.

So; we have an ugly looking slow-growing tree, growing toxic fruits. Someone figured out that if they waited until those toxic fruits fell off the tree, then carried the fruits down to the ocean and kept them soaked for six months, those fruits would then be eatable, except for the huge pit inside. Or; someone else discovered that squeezing those fruits hard enough would give them a delicious cooking oil.

Always amazes me, thinking about this.

When I first learned why olives were salty, and how they’re traditionally processed, I was amazed. I remain amazed, but I enjoy olives on a periodic basis still. Meanwhile, I offer two gratuitous photos of olive trees I took while living in Italy. 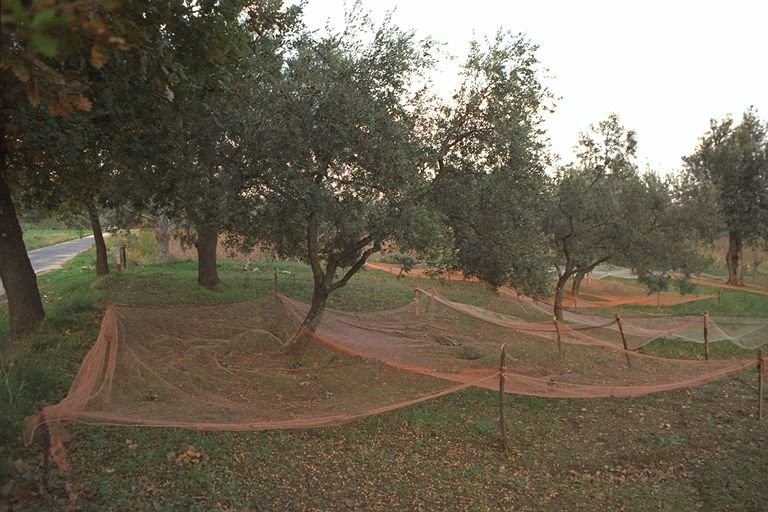 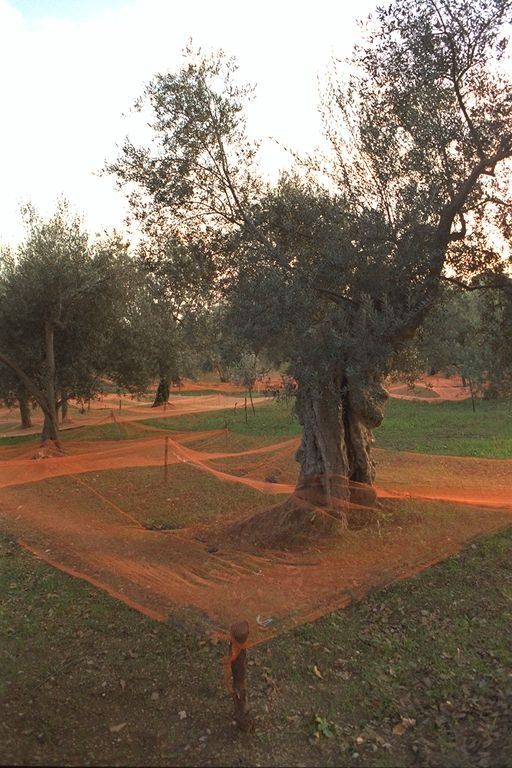 These images were taken around 1992, outside of the rural town of Montregone, several miles north of Naples.

The orange nets strung out under the trees are to catch the olives when they fall. Olives literally are not ripe enough until they fall off. I’ve read that in some places mechanical shakers are now used to shake the trees hard enough to loosen the olives. But, I’ve also read the use of these shakers is controversial as they may damage the trees. Olive trees themselves are reportedly centuries old. The trees I saw all around southern Italy certainly looked centuries old.

Editors Note: As of a week after posting this answer on Quora, I’ve already received 27 upvotes and a few shares. Not as awesome as some other answers, but not too bad.