A Story About The Vehicles I Have Owned

For better or worse, it seems that the vehicles I’ve owned over the years seem to match the phase of my life. From the time I earned to drive at age 18, I’ve now owned twelve four-wheeled vehicles of one type or another.

I learned to drive several months after I was in the navy. I was assigned to the Great Lakes Naval Training Center in Waukegan, Illinois, starting in September 1974. Shortly after arriving I contacted a private driving school and started taking weekly driving lessons. The car I learned on was a silver-gray Toyota Corona hatchback automatic. It was a nice little car to learn on.

I passed my road test in early December 1974, just in time to go home for Christmas with a brand-new driver’s license.

I didn’t do much driving for the next several years. Between moving around from place to place at whim of the Navy, and earning base E-4 salary which at the time was about $200 per month, owning a car wasn’t an option. I was finally assigned to my first submarine in November 1975, which gave me a bit more money and a lot less time to spend it. Finally in the spring of 1977 I was in a position to actually buy my first set of wheels. Since then, I’ve never been without a vehicle.

Car Thought
“Everything in life is somewhere else, and you get there in a car.” -E.B.White

Although I learned to drive on an automatic, I later learned to drive stick which turned out to be a useful skill considering that five of the 12 vehicles I’ve owned have been stick. It was a (very patient) friend who taught me to drive stick on his brand new 1976 Special Edition Pontiac Trans Am, black with gold firebird decal and pin striping. For the people reading this and old enough to remember the 1970’s, this would be the same car featured in the Burt Reynolds’ classic movie “Smoky and the Bandit.”

I’ve managed to find photos of all my past and current vehicles that I’ve written about in this story. I’ve written a history about each one and what I was doing at the time, and included the specs on each vehicle. The vehicles are listed in the order that I purchased them. Unlike my other stories and posts, this is a “living document.” I’ll update it as I sell and buy future vehicles. I hope to be driving until a ripe old age. 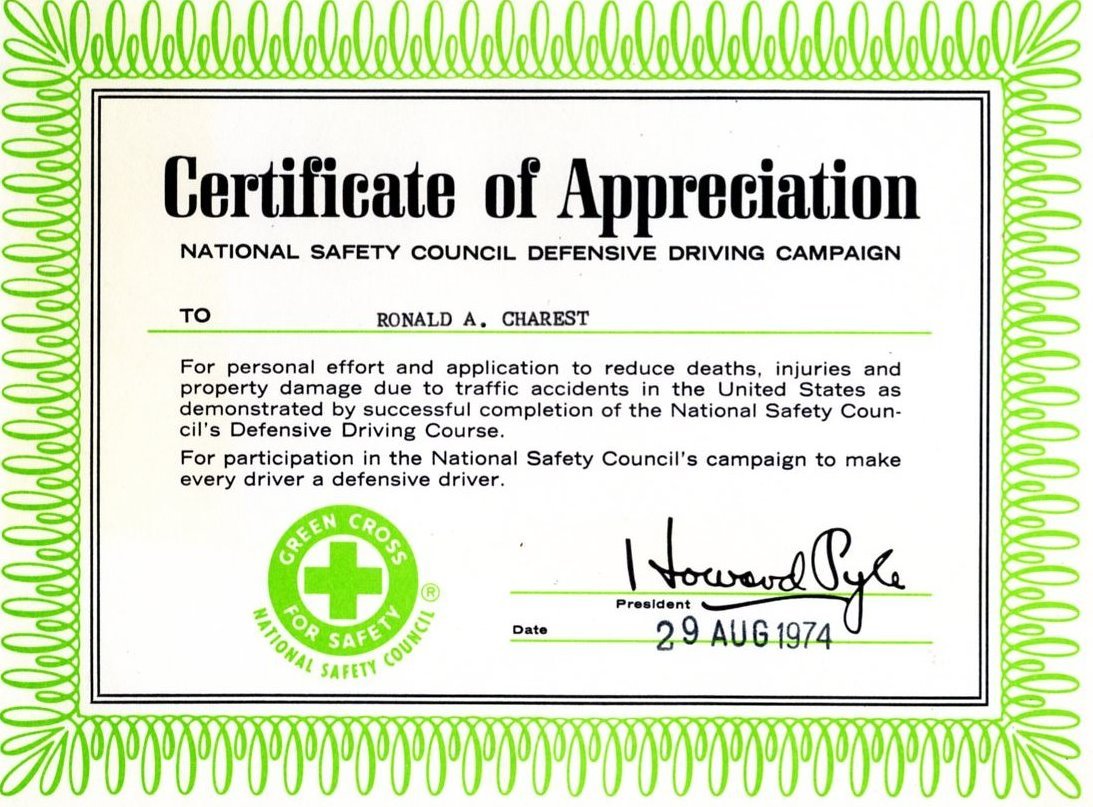 My Driver’s Ed Certificate. I do not understand the reason for the date of August 29, 1974 other than it may have been the start date of my driving class. I was actually awarded my first driver’s license in early December, 1974, just in time to go home for the Christmas holidays.

Note: This story, unlike others I have written, has become a living document. I add to it as the vehicles I own change or gain more “history.”