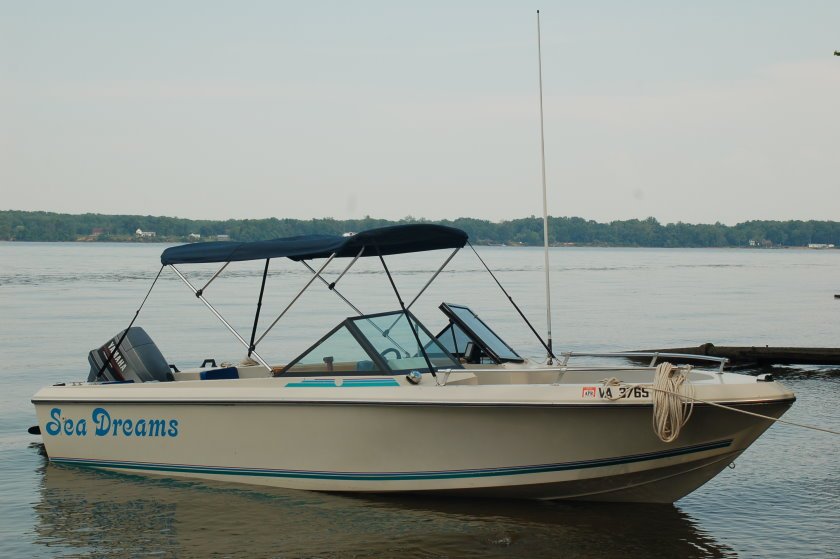 This was my first power boat. “Sea Dreams,” a 1974 Regal “Countess 180” runabout, purchased very used in April 2001, Long Beach, Mississippi. By the time I bought her the boat had been re-powered with a 1986 Yamaha 90hp 2-stroke outboard and had various other changes of varying quality workmanship. I had wanted my own boat for many years, and this was my dream.

Use the “Slide” link to step through the photos in sequence. Move your cursor over the images to read the description.

She ran in the local bayous and the Mississippi sound until September 2006 when Weifang and I moved, along with Sea Dreams, to northern Virginia. She then ran in the Potomac river and in 2008 was completely refurbished with a new deck (including new stringers and buoyancy foam) upholstery, electrical wiring, and interior wood trim. In April 2010 I sold Sea Dreams to an older man who had wanted a boat his entire life. Sea Dreams became someone else’s dream boat, and when last heard from Sea Dreams was motoring around in the lakes of central Pennsylvania.

Here is a copy of Craig’s List ad I placed to sell Sea Dreams. I consider it a classic ad, but that’s just me…

Rescue on the Potomac : One of my many adventures in boating.
Boatless! : On selling Sea Dreams, and looking for my next boat.
Come Sail Away! : Adventures in sailing – another form of boating.