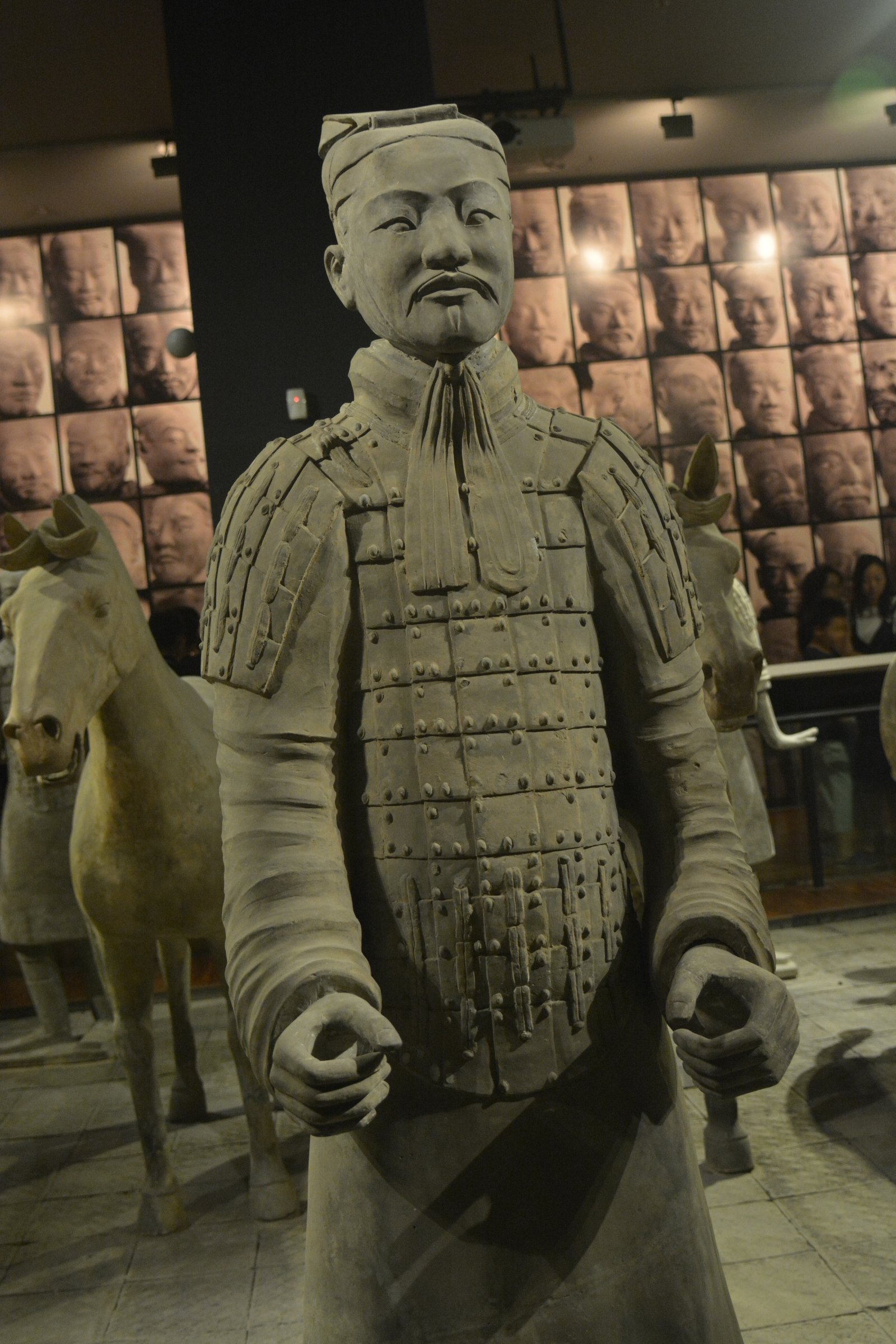 One of the many places I’ve wanted to visit included the terracotta army of Xi’an, China. I first saw a small collection of these figures at the Honolulu Museum, on a traveling exhibition hosted by the Chinese Government in 1995. This small teaser of figures fascinated me and I knew I had to one day visit their home location.

I had my chance during my fourth trip to China with Winnie in August – September 2017. Our first stop on a whirlwind cross-country Chinese trip was to Xi’an, and we toured several archeological sites dotting the area around this ancient city. I felt these proud warriors deserved their own photo gallery in my humble collection of images.

[Not a valid template]

Some history of these fascinating warriors, from the ever-wonderful Wikipedia entry:

The Terracotta Army was discovered on 29 March 1974 to the east of Xi’an in Shaanxi province by farmers digging a water well approximately 1.5 kilometers (0.93 mi) east of the Qin Emperor’s tomb mound at Mount Li (Lishan), a region riddled with underground springs and watercourses. For centuries, occasional reports mentioned pieces of terracotta figures and fragments of the Qin necropolis – roofing tiles, bricks, and chunks of masonry. This discovery prompted Chinese archaeologists to investigate, revealing the largest pottery figurine group ever found in China.

The figures date from approximately the late third century BCE. The figures vary in height according to their roles, with the tallest being the generals. The figures include warriors, chariots, and horses. Estimates from 2007 were that the three pits containing the Terracotta Army held more than 8,000 soldiers, 130 chariots with 520 horses and 150 cavalry horses, the majority of which remained buried in the pits nearby Qin Shi Huang’s mausoleum. Other terracotta non-military figures were found in other pits, including officials, acrobats, strongmen, and musicians.

The Terracotta Army is part of a much larger necropolis. Ground-penetrating radar and core sampling have measured the area to be approximately 98 square kilometers (38 square miles).

The necropolis was constructed as a microcosm of the emperor’s imperial palace or compound and covers a large area around the tomb mound of the first emperor. The earthen tomb mound is located at the foot of Mount Li and built in a pyramidal shape, and is surrounded by two solidly built rammed earth walls with gateway entrances. The necropolis consists of several offices, halls, stables, other structures as well as an imperial park placed around the tomb mound.

The terracotta figures are life-sized. They vary in height, uniform, and hairstyle in accordance with rank. Their faces appear to be different for each individual figure, scholars, however, have identified 10 basic face shapes. Originally, the figures were painted with bright pigments, variously colored pink, red, green, blue, black, brown, white and lilac. The colored lacquer finish and individual facial features would have given the figures a realistic feel. However, much of the color coating had flaked off or become greatly faded.