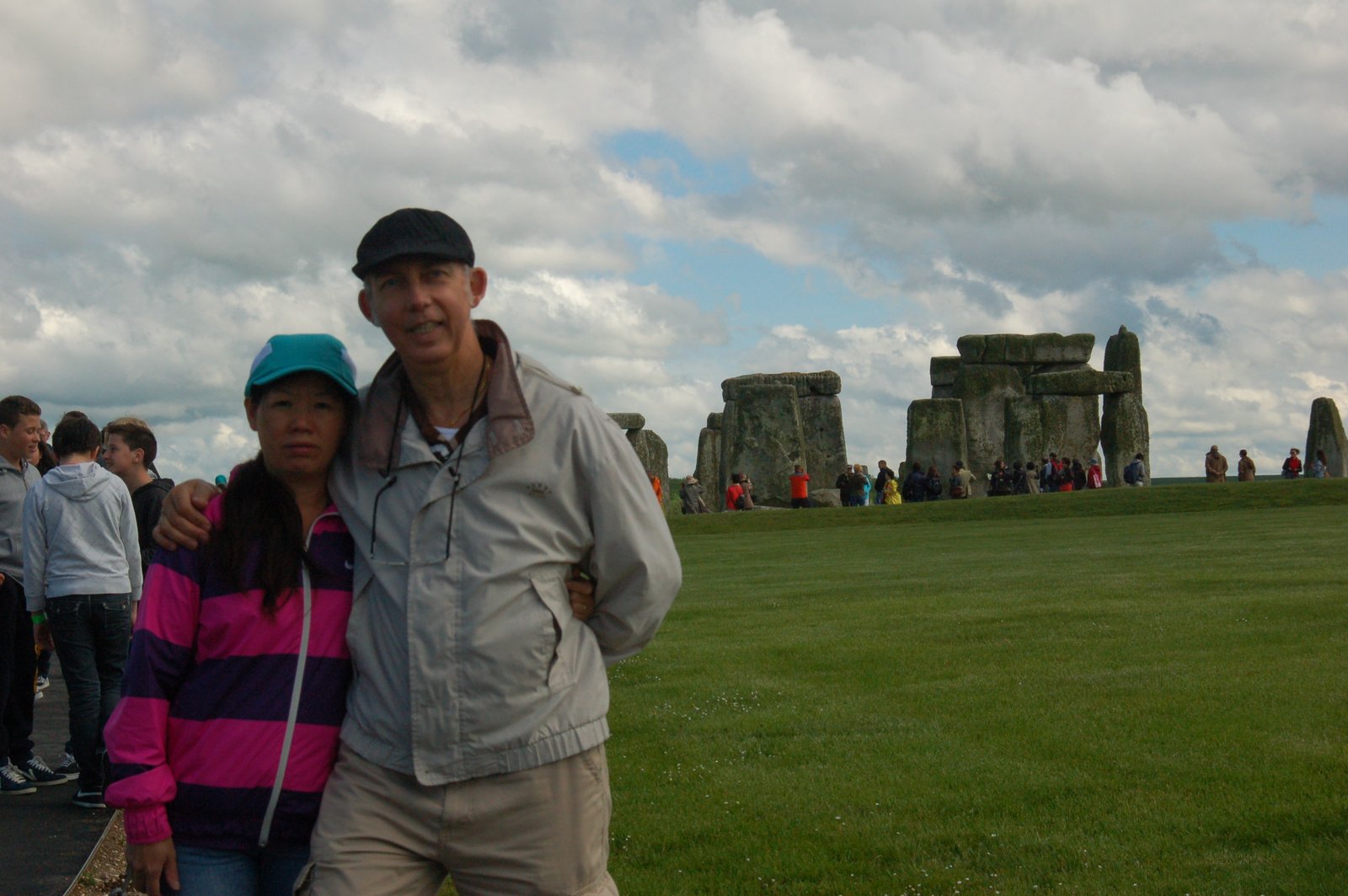 Winnie and I returned home Saturday afternoon from our two week vacation. It turned out to be a great vacation, and we accomplished just about everything we planned on doing while still having a relaxing time.

I hope to write a long-form travelogue about our trip, and will be posting pictures in the photo gallery  section soon. I have plenty of pictures to chose from as I shot over 1200 images during the two week trip! It was the most photography I’ve done since our China trip three years ago. Meanwhile, I did want to post a quick story on our adventures.

We flew into London the morning of Saturday May 17. Winnie and I both had some sleep on the plane but we were still a bit groggy after we landed. We gathered our luggage and headed into London to pick up our “London Pass” ticket packages. The location happened to be next to the Chinatown area so we had lunch there, explored a bit, then went to find our hotel room. After settling down we dragged ourselves back out into town and spent the rest of the afternoon exploring the Thames Pool riverfront area.

Over the next two days we met up with friends we had previously arranged to visit, and explored the city. We did the usual tourist things including walking the Tower Bridge, visited London Tower, gawked at Big Ben, and rode the London Eye. On Tuesday May 20 we headed out by train to Cardiff, Wales, to visit my youngest brother Jeff who was attending college there. Once in Cardiff we located our B&B and contacted Jeff. We stayed two nights and had a nice visit together, then Winnie and I took the train to the town of Salisbury and visited the ancient site of Stonehenge.

Stonehenge was a site I had wanted to see ever since I first learned of it in fifth grade science class. Visiting this site alone was, for me, worth the trip to England. But there was more to come.

We stayed just the one night in Salisbury then headed up to the town of Woodstock (outside of Oxford) by train and bus, and spent an afternoon touring Blenheim Palace (birth home of Sir Winston Churchill). We stayed at what I consider the loveliest B&B of our entire trip that evening, and had the best “Full English Breakfast” the following morning.

Fortified by breakfast, we rode the rails back into London Saturday afternoon, May 21. We dumped our luggage at our hotel and did a little more exploring of central London. The next morning we walked up to Pancras International train station and caught the 9:22 Eurostar to Paris via the Channel Tunnel (Chunnel).

Once in Paris we had an adventure just finding the location of our apartment where we would be staying in for the next three nights. It took two different Parisians going out of their way to finally get us right and locate the building. For those first three nights in Paris we had leased a studio apartment which worked out great. It included a kitchen, and a small grocery store was a couple of blocks away, so we had breakfasts and evening snacks in our apartment every night. Winnie also used the kitchen sink to wash some of our clothes which were already getting “recycled” and really needed washing.

For the next three days we explored Paris, doing all the tourist stuff including climbing the Eiffel Tower, viewing the Mona Lisa in the Louvre,  and riding a boat on the Seine River. Then we checked out of the apartment and took the local train down to the town of Versailles, location of the palace by the same name. In Versailles I had used up most of my Hilton Honors frequent guest points to reserve a room at the Waldorf Astoria Trianon Palace Hotel.

The hotel was located literally bordering the gardens of Versailles Palace and was absolutely extravagant. All we did was sleep there two nights, but that was enough. We spent one entire day exploring Versailles Palace and the gardens, and one day was not even enough time. We did enjoy a special delight; the day we visited was a day when the garden fountains were turned on (a “Fountain Show”). We learned that the fountains are only turned on for certain occasions, and we were lucky enough to be there at the right time.

The morning after touring Versailles Palace and gardens we made our way back to the town train station and rode back into Paris to catch the 10:22 Eurostar back to London. We arrived early afternoon and made our way via the underground and bus to our hotel just outside Heathrow Airport. We had hoped to spend one more evening in London, but by the time we got to our hotel we realized we wouldn’t have enough time to do much of anything in the city. So we had a late lunch at a local pub near our hotel, then hopped the local bus to the town of Slough, which is a “suburban” community not far from the airport. We walked around the city center, bought some snacks and final souvenirs, and took the bus back to our hotel for the evening.

The next morning, Saturday May 30, we flew the friendly skies back home to America. It was a great trip.