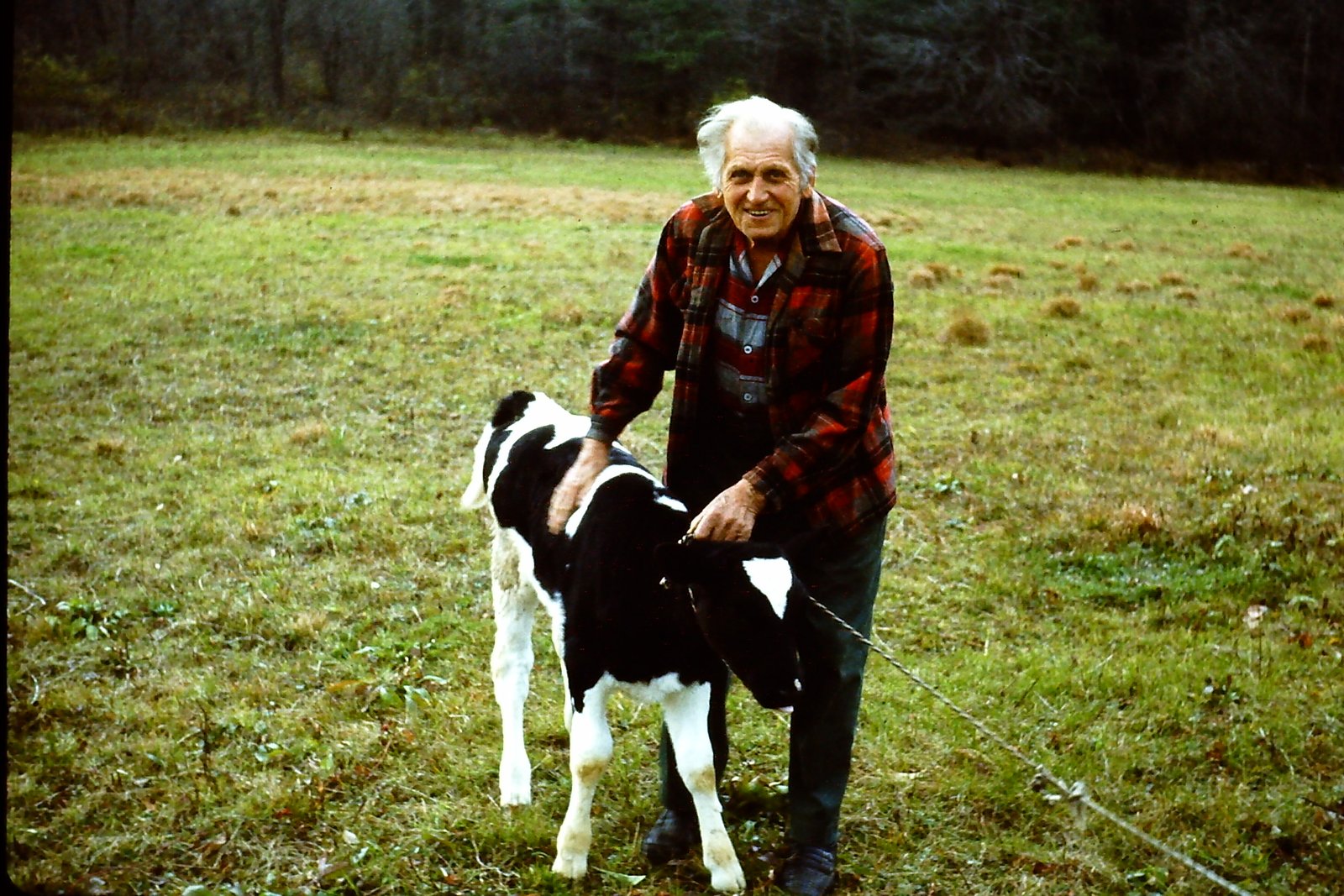 On Loosing A Hammer and Standing Up to People

I’ve been thinking a lot lately about a hammer that I lost over 35 years ago.  Rather, I’ve been thinking about losing that hammer and how I lost it.  It involves my maternal grandfather, a school play, and a high school teacher whom I still consider to be one of the most inept teachers I suffered through during my entire public school career.

My grandfather (whom we referred to by the German title of “Opa”) was born in 1901 in Holland and grew up on a farm there, spending his time taking care of the vegetable garden and cows and fishing in the canals whenever he could.  He was part of the generation that was too young to fight in the war to end all wars, now referred to as the first world war.  When he was old enough he joined the Dutch Merchant Marines and spent some amount of time alternating between sailing the seven seas and working at a German shipyard.  At some point in the early 1920’s his ship pulled into New York harbor and my grandfather decided to stay in America.

He made his living in New York as a house painter and general handyman, first as a single man and then for his new wife and my mother.  My grandfather and grandmother bought a house in South Ozone Park, Queens, several months after my mother was born in 1926, and managed to hang onto it during the Great Depression.  They converted the second floor of their house into a rental apartment to help pay the mortgage.  My grandfather continued to work as a house painter and general handyman all those years my mom was growing up, and went fishing out on the bays around Long Island every chance he could.

When my parents first married they lived in the upstairs apartment of my grandparents house.  I was born there, and lived there until I was three years old.  Around 1959 we moved “way out on the island” to a house in Farmingdale.  My family, which ultimately included my sister and two younger brothers, lived in that house for the next thirteen years.  During those years, my parents would take us to visit my grandparents as often as they could.

I remember my maternal grandfather as a carpenter, house painter, and general all-around handyman who loved to go fishing.  He was one of my heroes.  He seemed to enjoy us kids hanging around his garage workshop watching him build stuff.  His shop had a wonderful smell of oil paint and fresh cut wood, with mysterious little spaces we could climb around in and explore.  He always took the time to show me what he was doing, and made things for me.

One of his favorite small projects was making wooden whistles out of large dowels.  Another was making garden ornament mushrooms from pieces of birch branches (with the bark on) and carved wooden tops, brightly painted red with white spots.  Anytime one of us kids would dream up some small request, my grandfather would build it for us.  He built a dollhouse for my sister, big enough for us to play inside.  He built a display case for me to hold my growing collection of sea shells and rocks.  He built lovely wooden ocean liner models that I could sail in the bathtub.  One year he built a wooden viking-boat yard toy with wheels.  My sister and I spent hours sitting in it and pushing each other around the yard.

My grandfather didn’t have fancy power equipment.  His tools included an old hatchet, battered hand saws, a couple of hammers, and lots of different kinds of paints and paint brushes.   I think he may have had a power saw and drill, but most of the time he just used a hand brace to drill holes.  He could build literally anything with just his few basic tools and scraps of lumber.  He’d paint his creation in gay colors with a few quick flips of a paint brush and then we’d have a new toy cooler than anything from any store.

Besides building stuff, he’d occasionally take me fishing.  He’d pick up me and either my sister or next-in-line brother early in the morning and go way out on Long Island to somewhere around East Moriches bay.  Once there, he’d pull a small outboard motor from the trunk of his car, pop it on the back of a small wooden rental boat, and we’d head out into the sound for a day of fishing.  We’d always catch something; flounder, eels, puffer fish, or an occasional sea robin.  Those were great days when I was fishing with my grandfather.

In 1970 my parents inherited a house and land in the Hudson Valley area of New York state.  In 1972 we moved there and I finished out my final two years of School at Pine Bush High.  My grandfather, now a widower, moved with us.  The property we inherited had a small hay barn about a hundred feet back of the house that my grandfather bought from us and converted it into a very comfortable cottage for himself.  He made a vegetable garden in back of his cottage, and over the next several years acquired a couple of cows along with lots of chickens, ducks, pigeon, several sheep and a ram, and finally a cute little piglet that grew into a 1000 pound hog.  The hog became lots of excellent meat for the freezer.

I joined the Navy and left home in 1974.  During the next several years I visited my family as often as I could, but it wasn’t nearly as often as I wished.  I always spent time with my grandfather on my visits, talking about the places I’d traveled to while in the Navy and tell him about the things I was doing.  I know he enjoyed hearing my stories, and would share some of his own from back in the days when he used to go to sea.  I sent him small gifts now and again that he proudly displayed in his living room along with a photo of me in my navy uniform.

My grandfather passed suddenly and unexpectedly in 1979 while I was on a cruise around South America.  I didn’t even find out that he passed until after his funeral, and I didn’t have a chance to visit his grave site until several months later.  It took years for me to get over his loss.